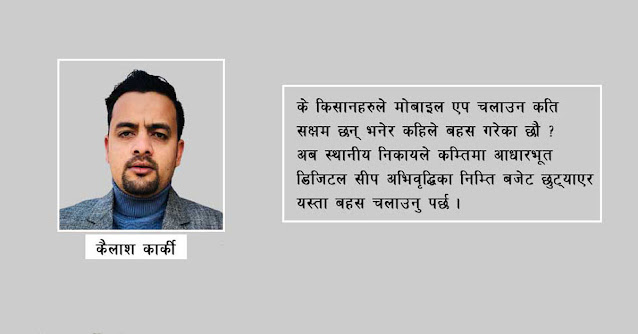 When it comes to digital society, Estonia is considered as a moving example. The European country, which has been providing almost all government services (99.55) through digital media, made history in 2005 by arranging online voting for the first time in the world.

The digital journey of Estonia, which seceded from the Soviet Union in 1991, was helped to become even more far-sighted by the lessons learned from the country’s unexpected cyber-attack in 2007. The cyber-attack, which lasted about a week, disrupted online government services and badly affected banking and private sector websites.

Learning from this, in order to minimize future risks, Estonia introduced the concept of data embassies, not only within its geography, but also to secure its data abroad. In 2015, it established its own data embassy in Luxembourg, the world’s first data embassy.

His plan was to use the data embassy to return to service as soon as possible in the event of a nationwide cyber attack. The success of a small country in the European continent in a short time by adopting the latest technologies can be a guide for a country like Nepal.

Private sector industries around the world are pursuing a policy of digital transformation to remain more competitive in the global market, while government agencies are also using the latest technologies for efficient delivery of goods and services. The use of technology has become indispensable to make the flow of government services less cumbersome and to expand access to every section of the society.

On the other hand, the use of such technologies reduces the cost of service delivery as well as transparency in revenue collection.

The closure of Covid 19 has further highlighted the importance of technology. As a result, there has been a debate on how to streamline the education and banking sectors through technology.

The Government of Nepal has already unveiled the concept of Digital Nepal in 2018 BS, which aims to move forward on the path of socio-economic development by using technology in the fields of agriculture, health, education, energy and tourism.

The Digital Nepal Framework, released after identifying 8 priority areas and 80 digital initiatives, is a living model for us. A strong digital ecosystem is needed to move forward on the path of digital society. First of all, it is important to identify the stakeholders and issues that need to be in the ecosystem.

A strong digital ecosystem is needed to move forward on the path of digital society. First of all, it is important to identify the stakeholders and issues that need to be in the ecosystem.

For example, while debating technology in the agricultural sector, the issue of providing mobile apps to farmers has been raised by Jodbal, but have we ever debated how capable farmers are in running mobile apps? It is necessary to bring digital empowerment program for farmers to enhance their digital skills. For that, they will be able to increase agricultural production by taking advantage of the app only if they can provide cheap internet.

According to a report released by the Telecommunication Authority of Nepal last April, our broadband internet access has reached 90.56 percent, of which 65.47 percent is mobile broadband and 24.40 percent is wired internet.

Speaking of digital skills, the International Telecommunication Union has categorized such skills into basic, medium and advanced. Being able to use mobile and computer, download apps and programs, and use email is a basic skill.

Similarly, those who know how to use word processing software to do simple graphic design have been given the status of medium level skills while the skills in the field of artificial intelligence, big data, cyber security etc. have been given under advanced skills.

In this way, most of the advanced digital skills are being acquired through formal education and the government has been adopting a policy of providing higher education in such latest technology in its policies and programs.

Local bodies, which are mostly focused only on physical construction, should also make arrangements to allocate some amount for the development of at least basic digital skills of their citizens.

It is gratifying to see the inclusion of online systems in local level operations, from own satellites in two years to innovative start-up capital grant programs in government policies and programs. However, it is a well-known fact that the inability to provide adequate budget for the implementation of the policies and programs has been our chronic disease.

Broadband expansion is a need of the hour amidst geographical remoteness. The Telecommunication Authority of Nepal is moving ahead with the construction of information highway by mobilizing the Rural Telecommunication Development Fund.

There is a provision that each service provider has to deposit two percent of the total income in this fund. The government’s policy of transferring the money to the Ministry of Finance for broadband expansion in rural areas may not be conducive to digital programs.

Given that information technology has been established as an integral part of society, it is unfortunate to see it as a tax source instead of using it properly and moving forward on the path of economic development. Compared to other countries, wireless broadband internet service is a bit cheaper in Nepal but mobile internet has been very expensive.

Local bodies, which are mostly focused only on physical construction, should also make arrangements to allocate some amount for the development of at least basic digital skills of their citizens.

Consumers are also suffering due to the practice of charging separate service charges and bandwidth tax for broadband internet service including wires. Infrastructure sharing policy can be the best option to reduce internet charges and expand access.
If each service provider could use the infrastructure of one service provider instead of investing in separate infrastructure up to the residence of its customers, the financial burden on the user would be lessened if another service provider could use it. On the other hand, with the increasing use of digital technology, the scope of risk is also widening and it needs to be seen as a part of the national security policy by increasing the capacity in the field of cyber security.
Even if all parties are strong, the return cannot be expected if the general public is not convinced of the digital system. We need to be aware that user privacy is compromised and that personal information may be used unauthorisedly. If we can build a strong digital ecosystem by giving importance to all aspects of digital society, it will be easy for Nepal to move forward in the direction of digital society.
(Author Karki is working as Assistant Director in Nepal Telecommunication Authority.)