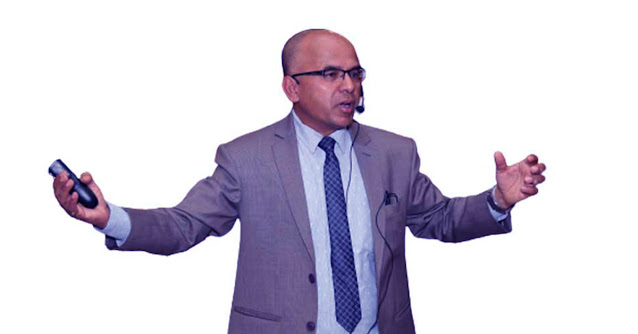 Nepal’s leading information technology company Infode Developers has completed 18 years and entered 19 years from today. The company, which started from one room with an investment of Rs 60,000, is going to do millions of transactions. The company has expanded its services from the financial sector of the country to abroad.

On the occasion of the 19th anniversary of the company, Kamal KC spoke to Umesh Raghuvanshi , Chief Executive Officer (CEO) of Infode Developers for ICT News about the company’s two decades of travel, support from the government, and upcoming plans:

Infode Developers has entered 19 years since yesterday. How do you feel about the company’s early days and today’s success?

I am happy to see the challenges of starting Infode Developers and today’s success. We have opened a branch office in Pokhara, Butwal Itahari.

Apart from this, it is also preparing to open in other places. That is also our religion. The service we provide is not limited to Kathmandu. The service should be provided at the customer’s doorstep.

How many citizens is Info Developers serving?

Especially our company is Bitubi (Business to Business) company. However, 3-35 lakh citizens across the country are getting direct and indirect services from the software we have created.

Citizens have got services from mobile banking, tablet banking, core banking and others. Not only this, we have also worked on government projects. They are also receiving services from there.

How are you supporting the Digital Nepal campaign?

We have more informal area. We are working to show our strong presence in the formal sector as well. We are supporting Digital Nepal by working in the projects and financial sector of the Government of Nepal.

The same company cannot work in all areas including education and health. For any company to be successful, it must focus on itself. We are focused on the financial sector.

How much has the government helped the IT company?

The government has not provided any assistance to the IT company. They talk about whether there should be a tax exemption for working in our community. I have a different opinion on that. My opinion is that you have to pay taxes after earning.

You have to make money by paying taxes to the government. On the other hand, the government may not even know that there is a company like ours in Nepal. They had to open their eyes. We didn’t open it.

The government has not called the IT company and talked about the problem, what is happening, what has happened to go to the international arena, how we can help. The government has a special role to play in moving any business forward.

The government is talking about making Nepal an IT hub. Who can be a stakeholder in how to build that IT hub? Seminars are not just about bringing policies through negotiations.

There’s nothing like how to take that thing down and encourage big or small software companies.

All the government has done is register the company. If the government does something, I think the sector that can earn the most foreign exchange after remittances is the IT sector.

We are not in that situation now. This may be in contradiction with the government’s policy. In addition, the government had to make arrangements to keep Nepal’s human resources in Nepal.

Then everything happens by itself. The ICT industry has contributed 20-25 percent to Nepal’s GDP.

How fun it is to hear that. I want the government to have a good presence and support in the IT industry these days.

What are your plans for the future?

Our next plan is to replace foreign software in Nepal. Our policy is to make products in Nepal and sell them abroad. Nepali software had to be used in Nepal.

Not only Nepali, the software had to be of quality. It had to be of international standard. The main policy of our company is to use Nepali software in Nepal. We do not know how successful we will be in this. Many things affect it.