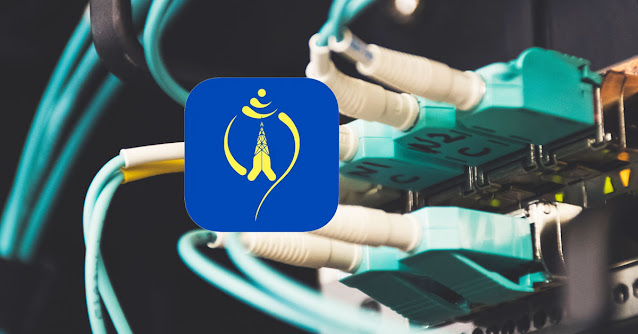 Social networks developed with new technology have become the lifestyle of the modern age. Social media has become not only a source of information but also a place for debate and ‘squabbling’ between pros and cons.

It has helped to increase personal contact and information, but what I’m talking about today is social media and politics. As we have seen, social media has become a place where there is nothing but politics.

As we have seen, political parties are using social media to spread their work and agendas among the people.

Social media is such a great and effective medium through which any news can reach millions of people in a matter of minutes. Social media has become a great medium for political parties and leaders to reach out to the masses as it can generate new waves in a short period of time. That’s why they use Facebook, Twitter, Clubhouse, Tiktak if they have to make anything public or comment.

Social media is also a source of news for most people today. According to a report, today three-quarters of people take various news from social media. Political news is widely disseminated in our country through this medium.

Social media has made a difference in the style of news consumption. This has created a double interaction. We can not only read and listen to the news unilaterally, but also comment on, respond to, and criticize any news or opinion. We can express our alternative views in case of dissatisfaction. We can question the logic or truthfulness of any information or news. The credit for all this goes to social media.

Now all the political parties, fraternal organizations have social media pages, accounts. Also, party and organization leaders have their own pages, accounts, where millions of people are following them. The Twitter accounts of all the high-ranking officials of the various parties can be seen to be very active.

An example of how quickly Nepali youth can be driven by social media can be seen in the ‘Enough is Enough’ movement that took place only last year. Last year, a small number of youths gathered in front of Baluwatar to protest against the government, making some demands. On June 9, 2020, a group called Enough is Enough was created on Facebook, with more than one lakh users joining the group in two days.

Across the country, youths took to the streets in their respective areas. The Baluwatar movement was spreading against the government. In the protest, they demanded 100 percent PCR test. Most of the protesters were in the age group of 18 to 25 years. The Facebook group also became a good example of how a nationwide movement can put pressure on the government.

Although it is not clear where the group came from, it is clear. Such as how easily people can be mobilized through social media, how easily good and bad ideas can be planted in people’s minds and how easily political interests or agendas can be fulfilled.

That is why today the social network has become a ‘war zone’ for political parties, organizations, leaders, activists and some foreign powers to ‘fight’. Where the youth are in the role of soldiers.

Both the government and the opposition are very active on social media. Are active in forming groups on their side. They do not hesitate to criticize and abuse each other on social media.

They try to come to their own conclusions anyway. Now the politicization has become so much that even a person’s mistake is accused of being done by a person of this party.

Words like cyber army, Hanuman are also being used extensively to address the cadres who support their political party.

Today, in the midst of the Corona epidemic, social media has become even more widespread. Political talk has started spreading even in the newly arrived clubhouse. Political parties have even formed groups to discuss their agenda. The work of explaining the work done by his party and debating the pros and cons of the government has also started in the clubhouse.

In such debates, there is an attempt to strengthen one’s point rather than seeking the truth. You can also hear things adorned with lies. It can be seen that the pros and cons have spread imaginary things on social media.

The new generation is growing disgusted with the current government and major political parties. At one time, the government, which had gained a lot of publicity by raising national issues against India, was well supported on social media by a group called ‘Back of India’, but today the image of the same government can be seen on social media.

With the current government being criticized, the third generation has come to the mindset that it is not really the government’s job. It is from the social media that has created an environment for drawing conclusions.

The younger generation, especially those who are just beginning to understand politics and are going to exercise their voting right for the first time, seem to be most affected by this battle on social media. That is why voters of this age group seem to be given special priority in various programs on social media.

Not only young people but people of all ages take various news from social media. Such platforms seem to have a direct impact on the mindset of most voters in the country.

It is certain to have a positive and negative effect on the general public when anything is linked to politics on social media. That is why the dominance of social media will play a big role in determining where the current political future will go.

The use of social media has become inevitable in politics, but the question is whether political parties are misusing it in the race for cheap popularity.

How much accurate information are users getting? Is there any attempt to manipulate the political beliefs of the users in the name of group and page? The answers to such questions also help to understand how social media is affecting the political situation in the country.

There is no doubt that every party will directly benefit from the use of social media. If it is put to good use and only the facts are made public, it seems that not only the political party but also the people will play a big role in choosing the right political party. It has also paved the way for the political leadership to formulate its action plans by talking directly to the people.

If you explain your plans and leadership correctly, you can also gain popularity through social media. The truth can be identified through healthy criticism. It will also be a great help to the political parties to go to the polls.

(Neupane, who has a diploma in computer application at CTEVT, is currently doing BBS at Chartered County, Satdobato, Nepal Chartered Accountants Institute and Shankardev Campus.)